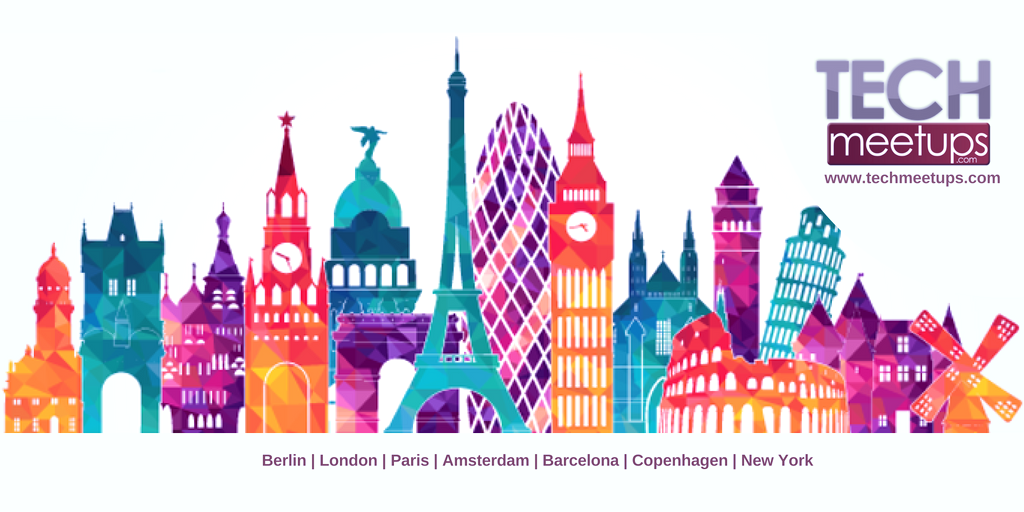 Once upon a time, Shawn Ghosh was working for a systems integration company, wining and dining his way around Europe with large Enterprise clients. His job involved structuring outsourcing deals, and saw him earning multiple bonuses to boost his already healthy income. A cushy job, you might say. But he always felt as if something were missing. The enthusiasm he had experienced some 20 years previously running his first Startup was no longer there; the satisfaction he’d felt building and launching products was missing. In short, he was stuck in a rut. He had become imprisoned inside his comfort zone, unable to break free from what he knew. He longed to be closer to what he truly loved… startups!

Things changed for Shawn in late 2010, when he came up with the idea behind Tech Meetups. He began by initiating a small meetup group in an attempt to get closer to new startups, and to connect with other like-minded tech lovers.

From there, Shawn founded the The London Silicon Roundabout Group on meetups.com. He felt that if the group could just attract 10-20 members for its first meet, he could easily cover drinks as a networking expense. Much to his amazement, Shawn’s first meetup saw 120 crowd the basement of El Paso in Old Street. And everyone bought their own drinks! So Tech Meetups had been born, and Shawn went on to hold startup meets once a month. These meetings soon attracted the attention of local businesses who were very keen to invest both their time and money and in Tech Meetups. And so, sooner than he’d anticipated, Shawn had found his business model.

Although initially it was a small scale venture, Shawn knew that he was onto something big. His faith in the project gave him enough gumption to leave his cushy job and jump with both feet into TechMeetups full-time.

One of the first things he did, after committing himself so fully to the cause, was to expand the format to as many cities as possible, in a bid to attract more sponsors. Shawn knew it would be a fundamental mistake to grow without securing a base. If Only I Had a Developer

Shawn met and spoke to hundreds of Startups, but was on the lookout for two that would stand out. ‘I need money to get this started’, he thought, but more than that: ‘I need a developer to come onboard’.

This prompted Shawn to organise a meetup focused on bringing startups together with local developers, and vice versa. The first Tech Startup Job Fair was organised at Innovation Warehouse near Barbican. About 10 Startups took place, and over 200 job-seekers attended.  Suddenly, they were on a role!

‘We’ve got to do this in our Berlin community, too’, thought Shawn, and soon Berlin had its first startup Job fair. The roadshow moved to New York, Paris, Amsterdam and Barcelona, before coming back to London, where it all began.

Nowadays, 10 Tech Startup Job Fairs are organised across 8 cities every year: these fairs attracts over 200 Startups, and 5000 job-seekers wanting to join their dream startup business. The fairs were hard work, by Shawn’s own admission; the logistics were immense and complicated. There had to be a better way to help connecting startups with job-seekers, especially if they weren’t able to travel to their desired city.

This gave way to a mobile App that allowed you to not only apply for jobs, but also connect directly with hiring startups, and have a real conversation before deciding which was the right one for you.

The times have changed for tech lovers, and most startups know that experienced tech talent can make or break a startup.

With this in mind, you’ll be pleased to know that Techmeetups is adapting. Its latest offering is a marketplace that allows its startup clients to preview highly sought after candidates and organise meetings and interviews throughout the year, not just at job fairs. Gone are the days of e-mailing hundreds of startups in the hope that just one will get back to you. If you have talent, sooner or later you can expect that offer to pop into your inbox.

So joining a startup might just be easier than you think!