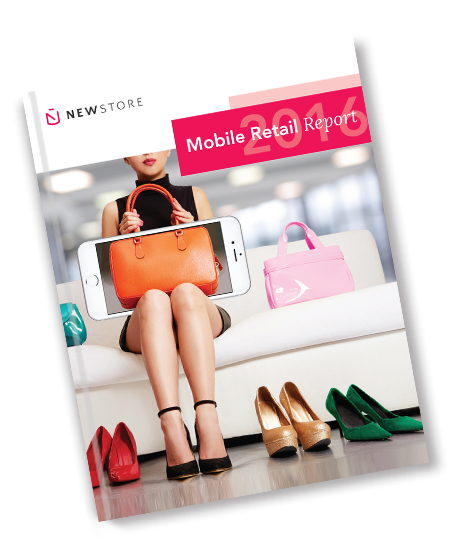 Tell us a bit more about your Startup and your achievements?

NewStore built an end-to-end solution that makes the customer experience on mobile enjoyable, and more profitable for brands.

Specifically, we build native apps for brands that connect to our in-store associate app – our apps use Apple Pay (and soon others) for single touch checkout, and we’ve partnered with last mile delivery solution providers to offer on-demand delivery.

On the back end, we provide analytics. No other vendor in the market provides this functionality in one platform.

Where are your offices located?

What makes your startup such a great place to work?

The best perks that NewStore has to offer go beyond the all too familiar “free coffee, snacks, lunch, and flexible hours.” The company is less than two years old, but we aren’t your typical startup.

We’re a global company with significant venture backing, and a founder who literally invented our industry.

Stephan Schambach founded Intershop in 1992 and launched the first online store in 1994. He was among the first to recognize ecommerce as a major software market.

Schambach served as CEO until 2003. He brought the company public on the Frankfurt Stock Exchange’s Neuer Market in 1998. With major customers around the world, sales of over $100 million and 1000 employees working in 17 offices, he led Intershop to a successful NASDAQ listing in 2000. In 2004, he founded Demandware, the first cloud-based ecommerce service.

The company services more than 1000 high-growth branded websites and is growing business significantly in North America, Europe and Asia. In March 2012, Demandware began trading on the New York Stock Exchange. In 2016, Salesforce acquired Demandware for $2.8 billion.

So, it’s no surprise that when Stephan set out to start his third company, it wasn’t difficult for him to hire a world class team, sign a few customers, and secure nearly $40 million in funding.

What he’s done with NewStore in a short period of time is incredible. He hires good employees when he meets them, not when he needs them. He takes venture meetings when he can get them, not when he needs money. He’s opened offices in Boston, Berlin and New York City as they all have distinct benefits for startup companies when it comes to venture capital and talent.

For NewStore employees, our global footprint drives our culture.

We’re comprised of 120 employees from 24 countries. All of our meetings take place via Google Hangout – it’s a much more personal connection than a phone conversation.

It also allows each person in the meeting to have the same chance of chiming in, being seen and heard. We meet multiple times a year when employees travel from their offices overseas to the other.

The emphasis and importance placed on cross-country culture has been very well executed.

Some other major perks include:

– After two years at the company, your company provided computer is given to you as a gift. Employees cover taxes, and it’s theirs.

– Each employee has a significant yearly training budget that they can use to their discretion (with manager approval, of course).

Besides technical skills what other attributes will make a candidate a good fit for joining your team?

-Flexibility and being problem-solving oriented