My Personal Hackathon – Learning Rails in one Weekend by @ShawnTechMeetup 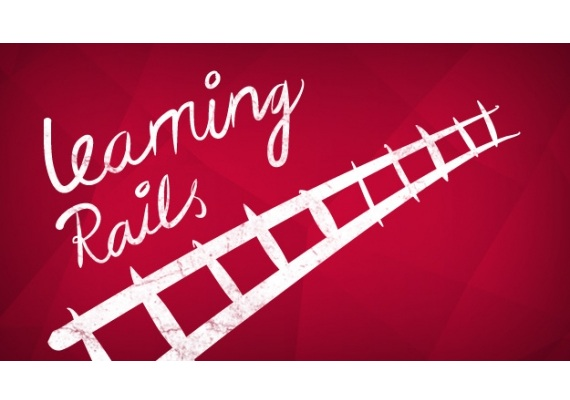 My Personal Hackathon – Learning Rails in one Weekend by @ShawnTechMeetup

I run a company – TechMeetups that do Tech Events & Hackathons. This is the story of my personal Hackathon.One that I undertook

last weekend to learn how to code in Rails.

I started programming at 12 in school and stopped once I became a Project Manager many years later. But the yearning to code stayed on and I have always wanted to continue coding. Continue Building something that people would use. Especially some of the cool & amazing Apps being built for the Web nowadays. Rails I was told was the way to go.

So I had bought this 1 month Rails tutorial by Mattan Griffel in 2011 but just didn’t go about putting the time aside to do it! (BTW I don’t have any affiliations with Matt or this tutorial but felt it was cool enough to talk about).

I like Mattan’s approach of diving right in to build an app quickly using Rails because only then can you go back again and learn the details as you enhance your application which I think is a more powerful way of learning instead of learning a bunch of concepts which you’re not immediately using and will forget. It’s all about getting the big picture and then working on the details. Similar to the way our brain actually works.

Of course this course is just to get you started on Rails and build something quickly. The idea then is to go through some of the more advanced courses to dive into the Language. Here are some resources that you might find useful to do that …

So I picked a pretty inconspicuous and the usual cold and grey weekend and get about my personal Hackathon. I knew I had to stay

completely focused – No TV, Social Media or Shopping trips to distract me. Shut myself from the world and dived right in.

The first few lessons were about Setup and stuff which was pretty easy. Then I get stuck with this thing called SSH Keys! Wasted a few hours on that as Windows didn’t have all the tools that Mattan was demonstrating on his Mac. But with a bit of tinkering and good old friend Google by my side got it working.

Installed Ruby 2.0 & Rails 4.0 from Railsinstaller. Configured GitHub (to manage my source) and pushed out my code (which can be found here on GitHub).

Also used this amazing Editor Sublime2 which is free and a must have for all developers.

App was running on Heroku on the net! You can run it from here. I was pretty pleased with myself 🙂

Kept going building the App and soon my back was killing me and couldn’t continue any longer so finally hit the sack at 2:30 am!

Was a slower start. Got up late due to the late finish on Saturday. Had to watch Formula1 Qualifications from the Brazilian Grand Prix recorded from Saturday. Thanks to Sky+.

Seeing Lewis qualify behind Nico and once again Vettel on pole wasn’t the best start to the day. Also has promised to make the Sunday Roast and that took a while. When will scientists invent a solution for peeling and cutting vegetables? It took forever… Anyway chicken & vegetables into the oven and then onto my learning.

I was also thinking of starting to bake my own bread from today but that would have to wait. I was in the middle of installing & using a Rails Gem – ‘Devise’ for User Management! Got it from RubyGems… just what I was looking for & dreaded coding. Simply Awesome!

Then came the fun part. Integrated Twitter BootStrap 3 into the App which made it look awesome and responsive on all devices! Beautiful!

Soon I was able to deploy a full responsive App on Heroku and access the same from the Web browser on my PC, IPad and my Samsung Note … and they all looked incredible!

I was amazed. I had been wanting to do this for the last 3 years now. Sometimes we keep pushing things back convincing ourselves of the enormity or the complexity of a task (also known as procrastination) and all it takes is one weekend to overcome it.

So overall a great weekend! I started programming again! Got some sort of an App built and remembered a big life lesson I had learnt – You can do anything if you put your mind to it … all it takes is one weekend ! Thats how I started TechMeetups. One crazy idea and one weekend is all it took. So go do your own personal Hackathon who knows what you will start!