Import•io: enables you to extract data from the web simply 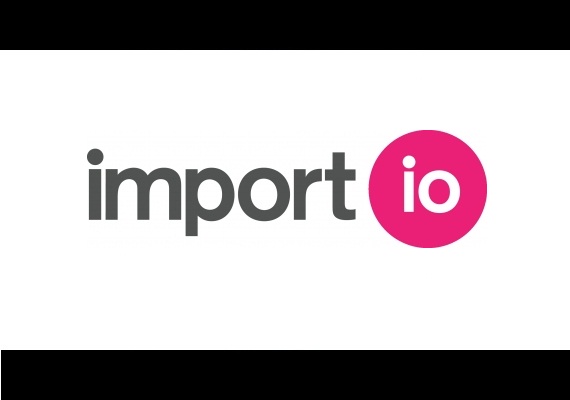 Import•io: enables you to extract data from the web simply

Andrew Fogg will be Presenting import.io at TechMeetups Drinks & Demo Night! London May 2013 #TMUdrinks on 23rd May at Club Workspace A scientist by training, Andrew has worked with data all his career in both business and academia for organisations including Microsft Research, Barclays Capital, Cambridge University and the Wellcome Trust. Andrew founded the Technology Innovation group at RBS with David and they have worked together ever since. After leaving RBS Andrew and David started Kusiri with Matt Painter. Import•io is the second successful startup that the three have launched together. As Chief Data Officer Andrew is responsible for setting and implementing the data vision of the import•io platform and he is passionate about helping data users and data providers transact more efficiently. Import•io turns the web into a database, releasing the vast potential of data trapped in websites.

Import•io is a platform that allows you to identify a website, select the data and treat it as a table in your database. In effect transform the data into a row and column format. You can then add more websites to your data set, the same as adding more rows and query in real-time to access the data.

By allowing you to extract, connect, fuse and consume disparate sets of data on a website import•io enables the creation of data-rich applications and tools.

Import•io wants to transform the way that data is used on the web. In the process eradicate the need to scrape data and bring us closer to the dream of the Semantic Web.

Import•io is an award-winning big data platform, aiming to democratize data, making it available to everybody. Whether you’re a programmer, analyst, or just want to be informed, we make it simple to get the data you need.