Forget the technical skills for a moment. Does that developer know how to communicate?

Forget the technical skills for a moment. Does that developer know how to communicate?

Smart New Software Developer of Yours Also Have ‘Soft’ Skills?

With our ever-increasing technological dependence, modern society has placed a major premium on STEM careers and other technical backgrounds. This has been true especially in the context of the current talent shortage of programmers, data scientists and engineers.

However, in focusing on software development and the technical skills it requires, many companies, recruiters and tech organizations have failed to recognize the lingering importance of soft skills, as well. As it turns out, according to research from Google, whose hiring philosophy long favoured individuals with technical backgrounds, STEM expertise is actually the least important indicator of employee success.

The reason is that, by keeping their eyes glued exclusively to their screens, many of these smart new developers have either neglected or missed the opportunity to build the “human” side of their skill sets. Contributing to this problem has been the fact that educational institutions and companies haven’t provided the necessary training or support to build these soft skills, either.

Current trends in software development bolster the view that companies need to hire programmers who have developed not just software skills, but soft skills, too. 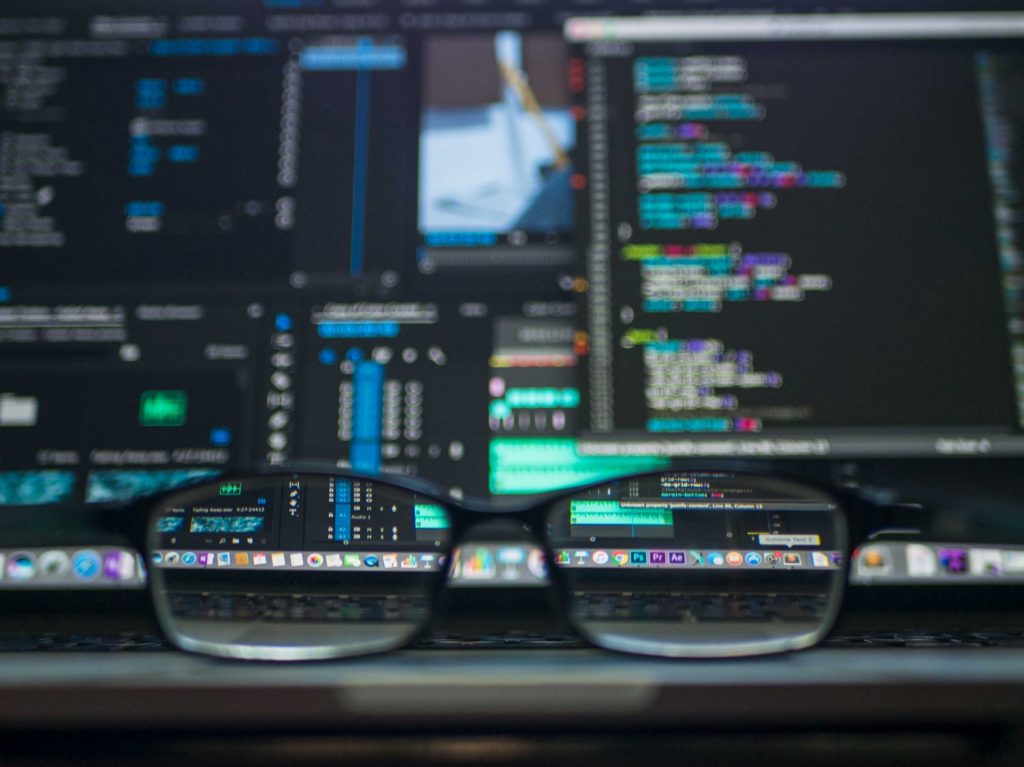 Companies have long outsourced certain business processes as an effective cost-saving strategy, particularly for technical or resource-intensive jobs like software development. However, whereas in the past, companies would offshore this work to distant countries like India, more and more are seeking outsourcing partners closer to home.

Not that this trend, dubbed “nearshoring,” is new. Back in 2005, The Economist coined the term to describe “the business of moving production, research and business processes to countries that are quite cheap and very close rather than very cheap and far away.”

However, in recent years, nearshoring has been gaining steam as never before. And according to a recent report from ISG, the future of nearshoring looks stronger than ever. Organizations in the United States have begun to realize the advantages of working with Latin American partners, gaining access, at a fraction of the cost, to high-quality talent located in a nearby time zone. In this context, European companies have found skilled partners in places like Poland, Ukraine and Romania.

But, with nearshoring bringing together different languages and cultures, developers more and more need to be able to communicate effectively. As a Colombian software development firm, we have experienced first-hand the challenges of cross-cultural communication. This hasn’t occurred just in working with partners in the United States; we’ve also seen it on our developer teams, which consist of people from all over the world.

Nearshoring can also pay huge dividends if companies ensure that they hire or partner with software developers who have strong communications skills. Developers who excel in empathy, listening and the ability to receive feedback will be good at communicating with both one other and their clients to meet those clients’ needs.

From what we’ve seen, the best developers are those who ask a lot of questions and never make assumptions about a project. These individuals not only have a clearer understanding of what needs to be done but stay motivated to achieve it. 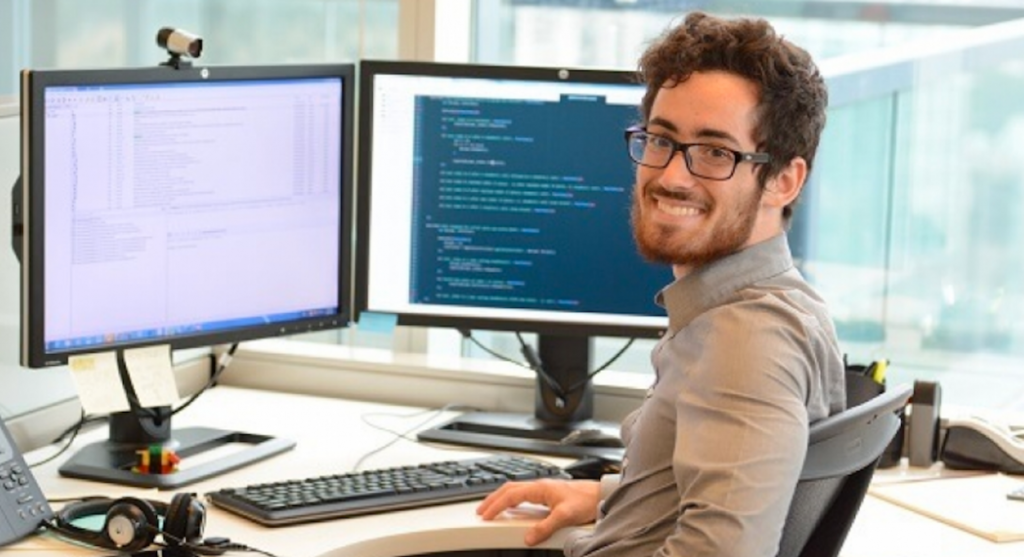 Given the above, you could say that communication is the mother of all soft skills in the software business Consider that the ability to communicate effectively overlaps with skill at teamwork, a second critical soft skill for modern developers.

In recent years, the DevOps model of software development has emerged, whereby development and operations teams work side by side to speed up the iteration and improvement of software products.

Under this model, the two teams “collaborate closely, share many responsibilities, and combine their workflows” to reduce inefficiencies and save time, according to a post from Amazon. And, according to this recent State of DevOps report, the practice is gaining popularity; that survey of IT professionals, developers and executives found that 27 percent of respondents worked on a DevOps team in 2017, up from only 16 percent in 2014.

As such, modern developers need to be team players now more than ever. Under DevOps, they must be able to understand the entire software development lifecycle and collaborate with operations teams to carry out the project together. Moreover, they must operate in unison with other developers responsible for different parts of the process, and work together to resolve issues rather than place blame.

In the end, developers who demonstrate this level of teamwork can help businesses develop and release better software — faster.

To create better software, companies need to invest in security by hiring developers who help make this a priority — and not incidentally save their employers big money.

Last year’s Equifax data breach, which exposed the data of 143 million Americans, is a case in point; the breach is on track to be the costliest in corporate history, with some estimates putting the total cost at around $600 million. Moreover, with the recent Facebook scandal involving Cambridge Analytica, as well as the current uncertainty around the EU’s new GDPR regulations, companies that don’t take proper precautions to secure user data run the risk of ending up in a similarly precarious position.

Security concerns, therefore, amplify the need for those responsible for building new technologies to have a high sense of integrity and to communicate transparently any risks they detect in code. Developers can identify potential risks and should be expected to share them with higher-ups in their companies who can do something about those risks.

Importantly, security actually begins with the design process that predates any new software being built. This is important, considering that modern developers rely heavily on a number of open-source software components, among which an estimated one in 18 has a known security vulnerability.

Ultimately, because the security of a new software package rests with its creators, companies should take extra precautions to ensure that they can trust in their developers’ integrity.

While organizations must be more selective in whom they hire to develop their software, they also face the challenge of hiring during this, the largest talent shortage of developers in the last decade.

Consequently, it’s up to team leaders to help their developers build their soft as well as tech skills, and foster a more collaborative work environment where developers feel they can grow, learn and be comfortable. Companies must promote knowledge-transfer spaces where developers can share their perspectives, ensuring that others have access to the latest industry trends and languages as well.

Given that close communication and teamwork are now fundamental elements of modern software development, technical and nontechnical employees need the patience to recognize one another’s needs — whereby tech workers don’t overwhelm the non-tech group with jargon, and non-tech employees learn to express clients’ expectations in adequate technical detail for developers.

This is where vulnerability comes into the picture, in the sense that developers should feel comfortable asking for clarification about project details or guidance when they don’t know exactly how something needs to be built.

In our organization, for example, we draw images on a whiteboard to get everyone onto the same page without translating from technical to non-technical language.

As our online society continues to progress, there is no doubt that technical skills will remain critical to any organization’s success. However, the current state of software development requires far more than technical prowess: Today’s developers need to excel in patience, integrity, teamwork and, most importantly, communication, to succeed.

These are some of the reasons why companies must judge their prospective developers not just on hard skills, but on soft skills, too.