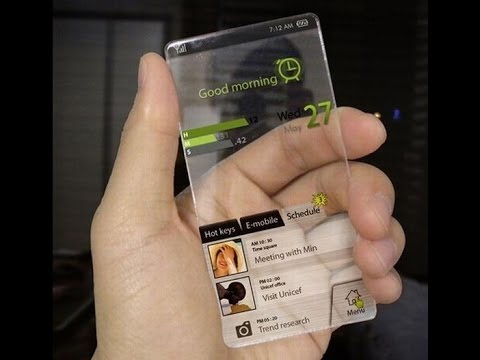 Much like The Force, technology surrounds us, penetrates us and binds together our galaxy, which is why it’s so hard to identify which technologies might have the most significant impact in the coming year.

What we can count on in 2017 is that a myriad of innovations will arrive. Some will alter our lives with the tectonic force of an earthquake. Other will sneak in quietly and change things in gentle, almost unnoticeable ways. My goal here is to focus on the technologies that will undergo the most significant change and have the biggest impact on our lives.

As I predicted a year ago, virtual reality saw significant growth, improvement and visibility in 2016. It did not, however, transform society. VR will remain among the most important developing technologies in the coming year, but 2017 will mark the beginning of its transition from a curiosity into a tangible tool for enhancing otherwise mundane activities.

Expect, for example, fewer hardware introductions, but more integration with existing platforms. 2017 will be the year people get social in VR. Facebook made some big promises and offered some eye-popping demonstrations in 2016 during its annual F8 developers conference (VR selfie sticks, anyone?). If you (and your Facebook friends) own even the most basic VR hardware, Facebook should have a big upgrade for you in the new year.

While VR spreads its wings, augmented reality will be 2017’s true star. Microsoft’s mixed reality platform Windows Holographic, which recently had a big hardware infusion, will mean new mixed reality experiences for Windows users. This should also be the year Apple finally dips its toe into AR (nope, not VR).

Augmented reality will win over VR next year because it will arrive through mobile devices and without the need for additional hardware. Initial experiences through existing mobile handsets will help drive those purchases of new AR headsets, with, especially as consumer and businesses look for a slightly more immersive and hands-free version of augmented reality.

In case you’re wondering what you’ll do with AR, it will continue to enhance games, toys (the Star Wars toy line has done great things with AR this year), work and retail. This may even be the year we see a shipping version of Magic Leap, assuming it wasn’t all just a big load of hype.

Samsung is ramping up on OLED screen production, An OLED smartphone may be in your future. IMAGE: JAAP ARRIENS/NURPHOTO/SIPA USA

In 2017, you might be enjoying a lot of that AR and VR on a new 4K smartphone screen. As the trajectory of HDTV technology flatlined over the last few years (no one really cares about curved screens or 3D, and “bigger” does not count as innovation), display manufactures have turned their attention to transforming the screens that are with us almost 24/7.

OLED screens should help 2017’s smartphones get thinner and more battery-efficient than ever. UHD screens arrived on smartphones back in 2015 (thanks, Sony! sort of), but haven’t expanded much beyond that. That will change in 2017. The big question is, can we even tell the difference between full HD (1080p) and UHD on a screen that small?

Why will it matter in 2017? See the first tech I mentioned. Consumers will be sliding more of their smartphones into VR headsets next year. When the screen is that close and magnified, the higher the resolution, the better.

There’s also been a lot of talk about folding screens. We know a rollable display is possible, but don’t expect any kind of flexible smartphone display in 2017 until manufacturers like LG, Samsung, and Apple can figure out how to make designs practical for consumers. Thinner will win over flexible for the foreseeable future.

Few technologies have been as interesting to watch as Artificial Intelligence. 2016 was the year that regular people got familiar with machine learning and consumers had multiple digital voice assistants to choose from.

There will be more AI hardware competition in 2017. Microsoft will probably introduce a Cortana device and maybe (just maybe) Apple will find a new kitchen-friendly hardware home for Siri.

AI, though, will also be the most-under-the-hood technology with the biggest impact on virtually everything we do. Increasingly, you will find it powering software and services of all kinds.

And AI will just keep getting smarter.

Every year I say a little prayer: let this be the year that I finally get my C-3PO and every year, I’m disappointed. There are humanoid and animal robots in our world, including Pepper, Asimo, Boston Robotics’ menagerie, but none of them are heading into our homes anytime soon.

2017, though, might be the breakout year for human-enhancement robotics — exoskeletons and some of the most cutting-edge prosthesis we’ve ever seen. The exoskeletons will focus on helping people walk again, stand for long periods of time and lift heavy loads. Iron Man, here we come.

2016 proved that if you’re not very very careful in how you manufacture batteries and the technology surrounding them, things can go very very wrong. In 2017, there’ll be renewed focus on increasing the safety and longevity of lithium-ion technology. We may even see a trial run of lithium metal battery technology.

It’s been another 12 months of bad news on the data breach front. Humans (and businesses) simply can’t be trusted to protect their own privacy with uncrackable security and decent passwords.

For years, fingerprint technology was reserved for business-class systems. Fingerprint readers on our smartphones have been a first step in broad consumerization of biometric security. The introduction of facial recognition on computers (Windows Hello) and Touch ID on MacBook Pros is a sign that the password is loosening its death grip on our personal privacy.

2017 may be biometric security’s breakout year. We’ll uses our fingers, faces, eyes, heartbeats and even activity patterns to unlock technology and protect our finances and privacy. By 2018, anyone who doesn’t use a body part to unlock technology will be viewed as a reckless oddball.

Encryption will continue its spread throughout mobile and communication technology, even as the incoming administration pressures companies to break into devices as law enforcement’s request. Will there be a very public battle about backdoor technologies in 2017? Probably.

Self-driving cars are increasingly becoming a feature of everyday life. In 2017, we’ll see more autonomous people-mover style solutions (think minivans and buses) and a cascade of deregulation across the country. By the end of the year, most states will be autonomous-vehicle-friendly.

2017 may also be the year we finally see Elon Musk’s near-supersonic travel dream become real or at least tested in the real world when Hyperloop One runs its first, full test of the tube-based transportation system (assuming the company doesn’t implode before then).

The currency of technology is data and its collection and application will be no less important in the coming year. With so many questions about fake news and facts, data may be the key to identifying the truth in a field of uncertainty. Expect some smart companies with interesting ideas about how to use the mountains of data, programming and machine learning to finally separate fact from fiction is a clinical and incontrovertible way.

With so many personal broadcast options out there 2017 will see an explosion of personal broadcast hardware. Think Snapchat Spectacles are cool (yes, we know they don’t exactly stream content)? Expect other social media and consumer electronics companies to start delivering wearable broadcast products that elevate the wearable fashion game while minimizing the “Are you recording me?!” creep factor.

Smartwatches will continue their slow expansion next year, but 2017 should, finally, be the year of truly wearable technology. Clothes, coat, shoes, socks, underwear, bras and more will get a deep tech infusions, especially if Google’s Project Jacquard and other smart textile innovations can migrate from the lab to retail rack. You’ll have to get used to putting on and plugging in your clothing.

BONUS: MIT and Google have reinvented the office cubicle