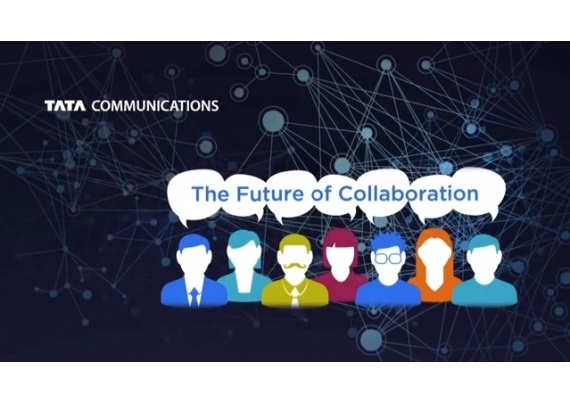 San Francisco & Mumbai – July 18th 2013 –On the back of two days of intense innovation, Tata Communications unveils the winning entry entitled, ‘Interactive Place’, which represents the evolution of web browsing; it was created by a team of developers in Bangalore during the world’s first simultaneous Silicon Valley and Bangalore hackathon. The ‘Interactive Place’ concept took the winning spot at the Tata Communications hackathon giving a new dimension to web surfing by allowing users to easily interact with other users on the same web page using video and text through their browsers. This breakthrough has the potential to revolutionise the way we gather and consume information on the net, making searching the Internet a truly social and collaborative experience for all.

Hot on the heels of Tata Communications’ recent jamvee™ launch (next generation global video collaboration), the hackathon was aimed at further developing the future of collaboration, using WebRTC. During the two-day hackfest nearly 200 developers in both countries worked together to innovate next-generation open-standard collaboration tools. Following an exciting pitch process ‘Interactive Place’ was chosen by the judges thanks to its creative use of WebRTC and its broad market potential. The program identifies the context of the webpage, instantly creating a collaborative platform for users to text and video chat while browsing. The applications for business in terms of customer interaction and supporting education are limitless. They will also bring significant benefits to the every-day user. The team behind the winning concept is Amitesh Madhur, Sathya Narayanan Nagarajan and Seetharamakrishna Madamsetti – who participated in the Bangalore side of the global hack. The team took on 40 other teams across Bangalore and Silicon Valley to fight it out for the wining spot. They receive a $15,000 cash reward and their idea will be incubated by Tata Communications and iAccelerator-CII through November 2013. Both companies will provide investment, mentoring and infrastructure support to bring the concept to reality.

The winning team (‘3 Collaborators’), says “This hackathon has allowed us to work together with people from Bangalore and Silicon Valley to help overcome a very prevalent challenge. Collaboration is the best way to innovate and we feel this hackathon did a great job of demonstrating that. We’re very excited to be part of Tata Communications’ and iAccelerator-CIIEs’ incubation programme and can’t wait to see our concept hit the market.”

The second place award ($10K) was given to a team from Silicon Valley for their app called ‘DeMobo’ and Neehraj N Joshi, Prince Jain and Nilabh Pandey from Bangalore received the third place award ($5k) for their collaborative tool called ‘Dev+join’. Other awards include, Best Business Model ($10K), Best Collaboration between locations ($5K), Audience Favourite in Bangalore and Silicon Valley ($5K each), Best Tool for Education ($3K), as well as two on-the-spot Honourable Mention awards ($1K each) in Silicon Valley and Bangalore respectively. Tata Communications will continue to be in discussion with the participating teams.

Julie Woods-Moss, Chief Marketing Officer and CEO of Nextgen, Tata Communications, says “The Internet has become the go-to source of information worldwide, but we’re only at the start of what’s possible. We’ve already seen the advantages of crowd sourcing and this weekend, we saw innovation at scale and on a global level. Tata Communications has always believed in the benefits of co-creation and that if diverse talented teams are given the right framework to collaborate, then magical things happen.”

Tata Communications has an open ecosystem approach to voice, mobility and business video solutions. Last week, the company launchedjamvee™ video conferencing, a self-service, cloud-based solution that lets virtually anyone, across any device, participate in a video meeting. Tata Communications has the largest interconnected ecosystem for business video and mobile network operators. Underpinning its robust collaboration offerings is its undersea cable network which is the world’s largest and includes the first wholly-owned fibre optic cable network ring around the world. Its network also enables 20% of the world’s internet routes today.

The Tata Communications global network includes one of the most advanced and largest submarine cable networks and a Tier-1 IP network with connectivity to more than 200 countries and territories across 400 PoPs, as well as nearly 1 million square feet of data centre and collocation space worldwide.