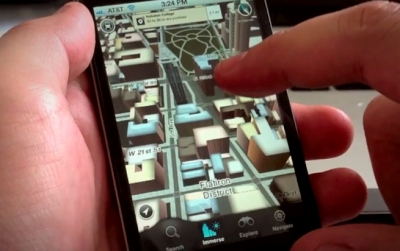 Amazon has decided to join Google and Apple in the 3D mapping game with its purchase of start-up UpNext, which has spent the past few years developing detailed 3D maps for iOS and Android, Venture Beat writes.

The UpNext buy gives Amazon its very own mapping service, which it can include with the Kindle Fire tablet and its upcoming successor.

GigaOM says the Kindle Fire does not currently include a GPS radio, but the UpNext acquisition, which would help Amazon offer native mapping capabilities, potentially points to a more robust Kindle Fire in the future, as well as an Amazon smartphone.