10 steps to increasing your productivity in a startup 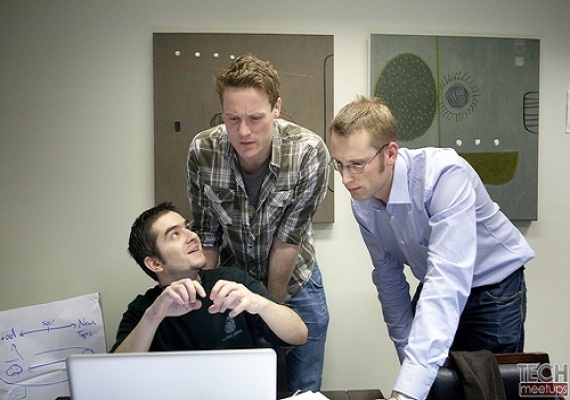 10 steps to increasing your productivity in a startup

Anybody who thinks startups are all about fun and free Red Bull is deluded! Sure we manage to play a game of table football at the office, but it’s back to work after recharging our batteries.

Startups are about growth! And that usually includes a massive list of to-dos, very little time and limited resources to finish them all. In a startup you need to be delivering everyday. Otherwise you can say bye bye to growth.

What’s more is that your role and ability to execute quickly also has an effect on the others around you. Others are relying on you to get things done, and if you don’t, you’ll be holding your team back.

So what can you do to make sure you’re performing to the best of your abilities everyday. Here are ten tips on productivity to help you get through the day.

1. Plan your day in the morning

Sure you can try to wing it in the morning and just go ahead with any task that comes to your head first. But you’ll be running like a headless chicken after that task is completed.

To make sure you get your day off to a perfect start. Take a few minutes when you arrive at your desk to plan out your day. Check your to-do list to see what needs to get done today and plan your day accordingly.

This will save you time later on and also structures your day into manageable parts.

2. Add blocks of time into your calendar

After you’ve written your tasks down, schedule them into your calendar. Predict how long they’ll take so you can get an overview over whether it’s manageable for today. And be realistic! You are not going to be working for 8 hours straight, so make sure you put in gaps for meetings and breaks – especially lunch!

Another reason to add blocks of time, is that you don’t bogged down with impromptu meetings – the blocks signal that you’re busy! So that means you’ll not be available for meetings during that time. In fact the task is a meeting in itself.

We’re not normally ones for making assumptions, but we’ll go out on a limb and say that most of you reading this have one or more portable gaming systems lying around somewhere. Handheld video gaming has always been a few steps behind its console counterpart, but that’s proven to be a small trade-off for the benefits of portability and, to some, even part of the appeal.

So, while most gamers are now enjoying their PSPs and Micros and DSs, we thought we’d take a little trip back and look at some of the handhelds from whence they came before them. Although we have to warn you, reading this feature may cause an uncontrollable urge to jump over to eBay.

The idea of handheld video games with interchangeable cartridges wouldn’t take hold for about another decade, but Mattel managed to pry video games away from quarter-swallowing arcades and dim televisions with their successful line of LED-based, single-game handhelds. Most people today will remember Football, but the company also released the creatively-titled Basebal and Basketball, as well as the non-sports titles Missle Attack, Armor Battle, and Sub Chase. Mattel also managed to jump on the retro-chic bandwagon, re-releasing Football and Baseball in 2000.