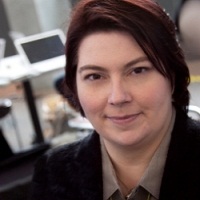 While there seems to be a new fintech startup every day, some of the industry’s expert have been studying and analyzing the market for years now. Which means their opinions matter.