Work in Denmark Awaits You

Work in Denmark Awaits You

Work in Denmark will be going to our Tech Job Fair in Stuttgart on the 23rd of May, 2019.

Some of the best working opportunities await you in Denmark. The country is said to have the world’s happiest citizens! If you ever considered starting a new career there, then Work In Denmark can help you.  They are one of our exhibitors in our job fairs in London, Dublin, Barcelona, Amsterdam, Frankfurt, Stuttgart and Lisbon!

Here are some of the best success stories Work in Denmark wants to share with you.

Fabrizio Moroni: A New Way of Working – And More Time to Play

When Fabrizio quit his job with consulting giant Deloitte in Milan in late 2015, he knew he was taking a big leap of faith.

“My girlfriend had landed a job at LEGO and we wanted to experience life abroad, learn a new culture, and to try and do something new together,” he says. “And so we just decided to do it. I didn’t have a job at the time, but we wanted to try it. We were committed.”

When Fabrizio finally took that leap of faith and moved to Denmark in early 2016 he soon discovered it wasn’t just the food or language that made for big cultural differences. ”In Italy, I had long work days – often until late in the evening or even all night. The culture here is quite different. Now, I go home in the afternoon and even though the days seem shorter, I still get more done than I did in my previous jobs,” he says.

Fabrizio, who had jobs at various IT consulting houses like Capgemini and Accenture in Italy, established contact with Kamstrup, a rapidly growing company specialising in high-tech water and energy metering systems. A couple of months after arriving, he met Kamstrup through Workindenmark’s job database and, he says, after the first interview the process went very quickly.

“I have been really surprised by the fact that things are more relaxed compared to what I am used to, but still very productive,” he says. “Here I work less, but more focused. That is a big difference in work culture. And it has given me more free time, too.”

Every time she thinks about the name on her office building, Martina Slingsby feels a tinge of pride.

“Within the field of exercise physiology, Denmark is a world leader,” she says. “There have been a lot of people, even Nobel Prize winners, who have laid the groundwork for the work we are doing today.”

Her building at Copenhagen University is named for August Krogh, winner of the 1920 Nobel Prize in physiology, where Martina is a researcher at the school’s Department of Nutrition, Exercise and Sports. Martina came to Denmark in 2013 because she saw opportunities in the life science sector, and because her husband worked in the wind energy business – where Denmark is also a global leader. She didn’t expect, however, to find such a perfect fit for her research. 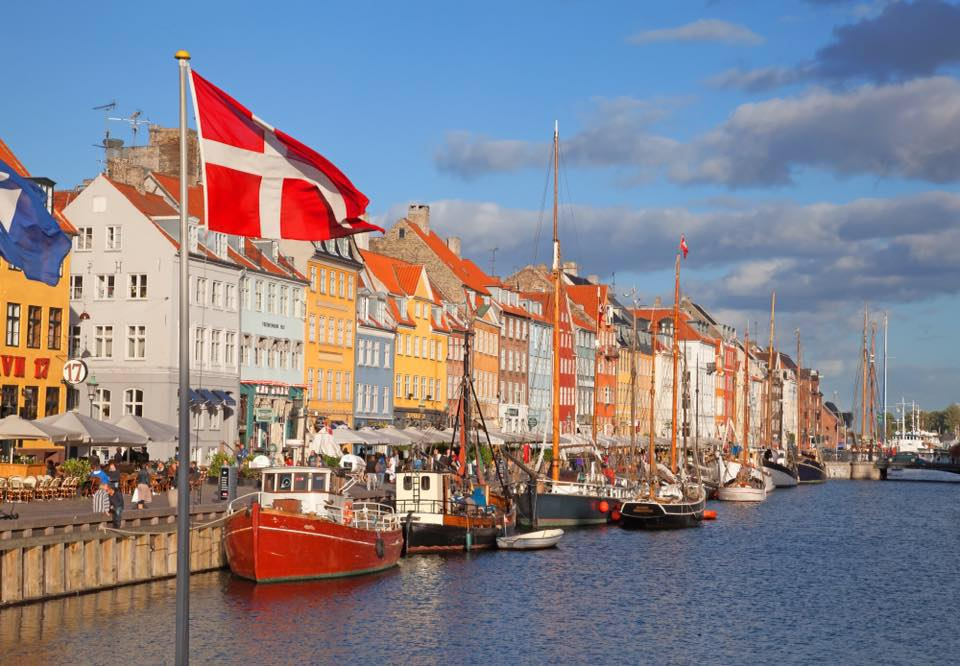 “In London, I was working at the William Harvey Research Institute, founded by Sir John Vane, who won a Nobel Prize for discovering how aspirin worked,” she says. “There my focus was investigating the pharmacology of aspirin and other ‘blood thinning’ drugs that patients receive after a heart attack.”

At Copenhagen University, her focus shifted to studying how these drugs are affected by exercise in everything from lowering blood pressure to improving insulin sensitivity.

“Right now, I am looking at the medicines you get after a heart attack to see how they affect cardiovascular health and reducing the risk of another attack,” she says.

Martina explains that Copenhagen University’s years of complex physiology research means it has vast expertise in conducting invasive clinical studies. That is important, she explains, when it comes to addressing ethical concerns about testing on humans and makes it possible to do research that simply wouldn’t be possible other places in the world.

“The studies here are invasive, but in a safe way. Typically, they involve putting in catheters and that way we can infuse different medicines to study the health of blood vessels on healthy people,” she says. “When I came I started testing how the blood reacts to those infusions, so it was a perfect combination of the blood work I did before and the blood vessel work they were already doing. From day one, it was already a win-win.”

“It was so quiet,” she says, laughing. “When you go into a health center in Spain, people talk and talk – and so loudly. Here it was peaceful, actually.”

That first impression stuck with Maria, who is one of the many foreign doctors who has come to Denmark in recent years. Danish Health Authority figures show that the number of foreign doctors has grown by five percent per year since 2006, in response to the country’s doctor shortage, and that about ten percent of the nation’s practicing physicians are currently of foreign origin. For Maria, it was an interest in the Danish health care model that led her to apply for a General Practitioner job, and a desire to create a better balance between work and family life that convinced her to accept it.

But, from the beginning, there was one big barrier she knew she had to overcome. “My biggest concern before coming was definitely the language,” Maria says. “I was very worried about that.”

Although she already spoke three languages fluently, Maria says she knew her success as a doctor would depend on her ability to master Danish – a language that is notoriously difficult for foreigners.

“When I started learning Danish I thought, maybe that is why the people in the clinic were so quiet. Because the language is hard to speak!”, she says. “But when I started to see patients it got easier. It was frightening sometimes and also funny sometimes, but never too much of a barrier.”

As part of her contract as a foreign doctor, Maria started an intensive language course immediately after arriving. The programme began with five days per week at a language school, before eventually scaling down to one day at language school and 4 days on the job.

After a year in the programme, she says, her Danish is now in place and she will soon be fully authorised to work as an independent physician in Denmark.

If these stories inspired you, don’t wait any longer! You can book your free job seeker ticket now for one of our events and meet the Work in Denmark team in Stuttgart on the 23rd of May, 2019. Please remember to bring your CVs and grab the chance to get your dream job!