The Startup Genome report: London has trendsetters, Paris has talent and Berlin has hype (and the fewest female entrepreneurs)… 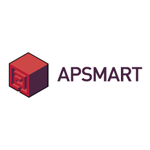 The Startup Genome report: London has trendsetters, Paris has talent and Berlin has hype (and the fewest female entrepreneurs)…

A new report by research company Startup Genome on global startup hubs has just been released and the take-home lesson for Europe would seem to be that it must do better, with only three cities out of 20 making the list – London, Paris and Berlin.

Berlin climbed up a paltry two places in this year’s Startup Genome’s Startup Ecosystem Report. Coming in at #15 marks a slight improvement on last year’s #17 slot, but the German capital still lags behind power-players such as Silicon Valley and Tel Aviv, which take first and second place respectively.

It’s also bested by other, less obvious tech hubs such as Sao Paulo, Sydney and Paris. The report goes on to place Berlin at the “Hype” evolutionary stage of its growth process, lagging behind its European counterparts in London and Paris (at #7 and #11 respectively)

How does your city compare on the Startup Genome scale?

The detailed report called The Startup Revolution: The Global Rise of Startup Ecosystems and How They Compare uses data collected from more than 50,000 startups using its proprietary benchmarking tool.

Ecosystems are measured based on criteria including Funding, Talent, Mindset and Startup Output and culminates with a list of the world’s Top 20 startup ecosystems. The tech hubs are then also judged on at which stage in their “evolutionary phase” they are in, identified as:

Berlin is ranked at #2, the early Hype stage. Again Paris and London rank higher on this scale, with more mature markets of Independence for the French capital, while the British city scores all-out Integration.