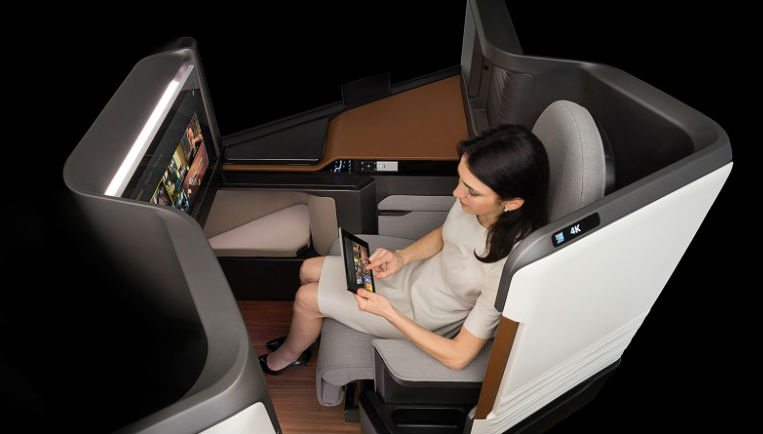 IT’S TEMPTING TO envision the vehicles of the future the way Passengers does—luminous, spacious, expertly designed. But in reality, you’d probably settle for an air travel experience that’s even slightly better than what you get today—or at least, not worse. In which case, you’re in luck. “I don’t envision any grand, over the top cabin and seating designs,” says Raymond Kollau, founder of Amsterdam-based research and innovation agency AirlineTrends. “Certification standards are strict in the industry, budgets, in general, limited, and airlines quite conservative.” But you can expect gradual change: Even economy class will someday feel a bit softer, a bit warmer, a bit faster, a bit easier to sleep in. Mostly. Here’s what’s coming.

Virgin Atlantic is the pioneer in the fancy lighting space, its clubby LEDs welcoming riders and then calming them to zzz’s. Now Airbus and Boeing are in on the act, with honest-to-jeez scientifically proven light progressions that help passengers adjust to jet lag. The next step: Boeing’s projections concept, which can briefly light up the ceiling with images of your destination, a starry night sky, or (sorry) advertisements. (The manufacturer filed a patent in September.) Icelandair’s Boeing 757 has offered a Northern Lights experience since 2015. You can expect more technicolor fireworks in the future.

You’ve been let down before. But it’s coming this time, we promise: inflight Wi-Fi so acceptable, you can even take calls from your very own phone as you glide closer to the stars. Thanks to larger but still aerodynamic mounted antennae and reliance on Ka-band systems, the internet in the sky could get 10 times faster, raising capabilities to an insane 100 Mbps. (Those speeds won’t happen on most aircraft, though.) Oh, and some terrible news: The Department of Transportation is considering letting people take phone calls midflight. “I’m going to start saving all my billing questions and help desk inquiries for the plane,” one flyer told the WSJ. Help? 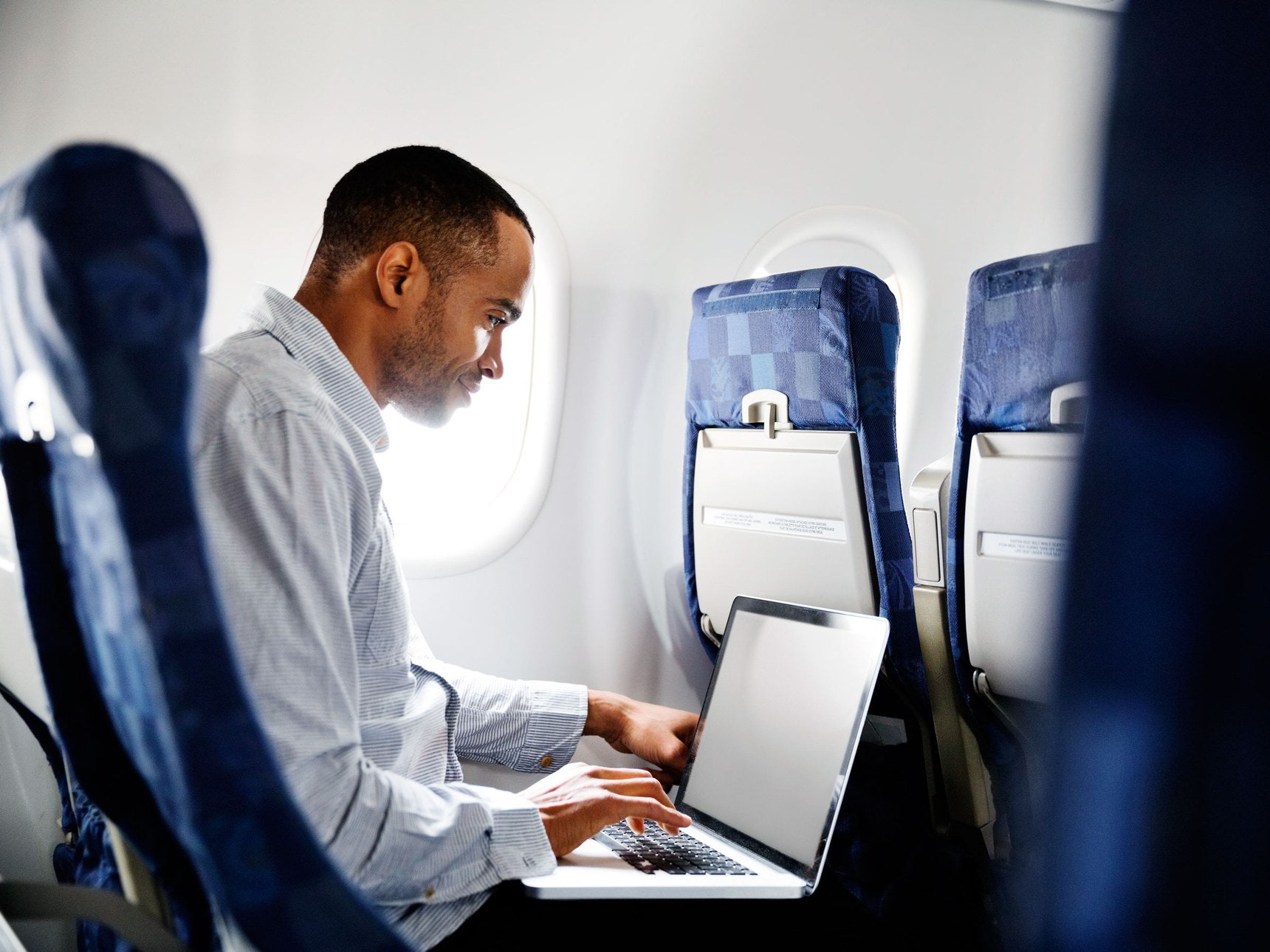 Forget that too-small seatback screen. This fall, the Californian-French startup SkyLights rolled out its in-flight virtual reality experience on the French budget carrier XL Airways. For $16, passengers can rent out a headset and 3D Hollywood films. That middle seat stinks, but pretending you’re actually in a movie theater may make it more bearable. Three other airlines are testing out the headsets, according to an airline industry group. VR games may well follow—just don’t smack the poor soul wedged in next to you. 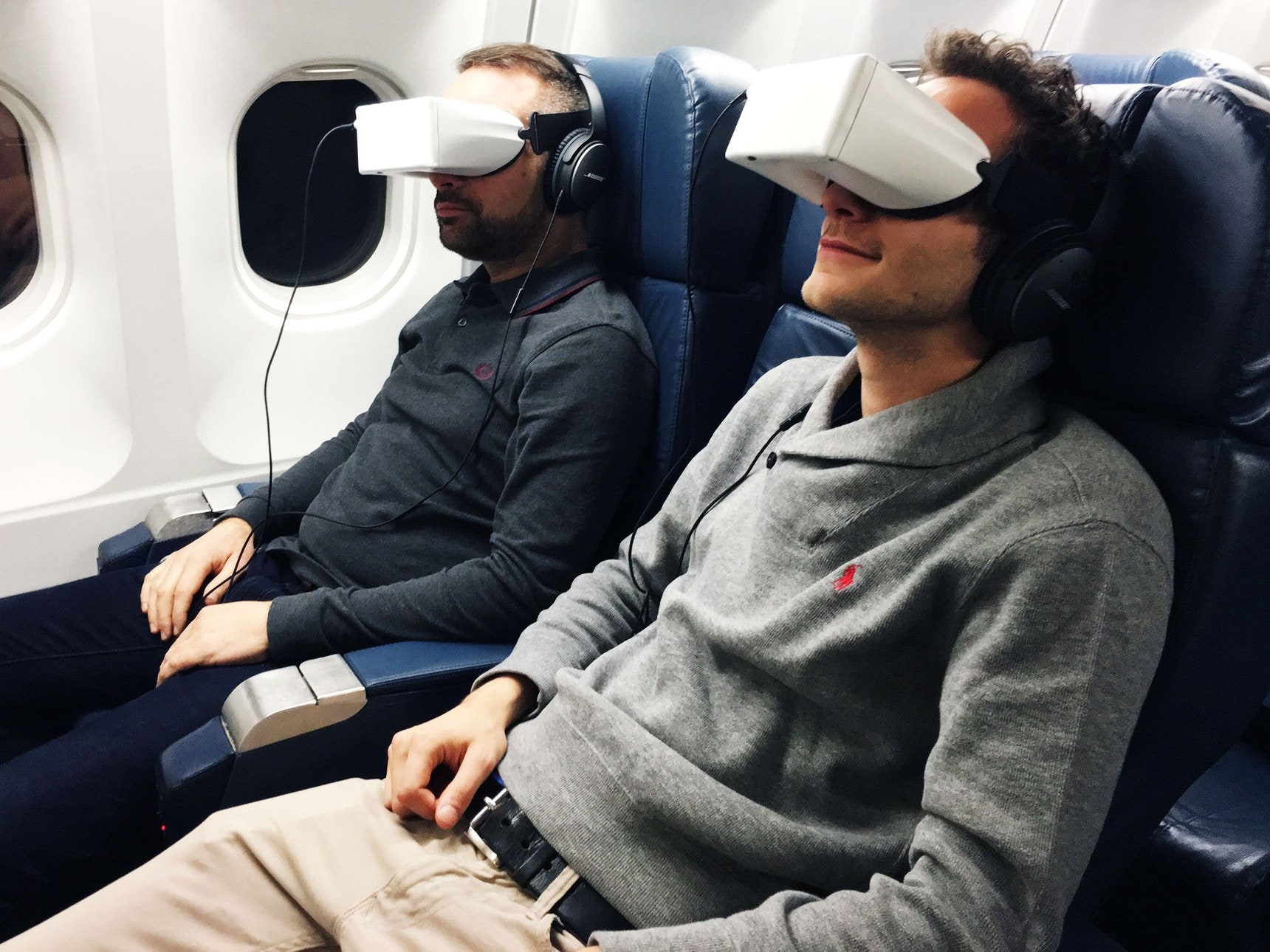 Ah, the familiar sweater-on, sweater-off dance. One moment, the air conditioners are blasting; another, you’re awakened from your nice nap by the trickle of sweat. Fancy seats to the rescue. Heating and cooling seats—the kind now common in cars—are on their way to private jets, and maybe even business and first class for the proles. Tech and aircraft interior experts like Panasonic, Fraunhofer IBP, and Gentherm already have working concepts, and the latter says to expert to see their seats on commercial flights in three to five years’ time. Please grace our freezing rears, already. 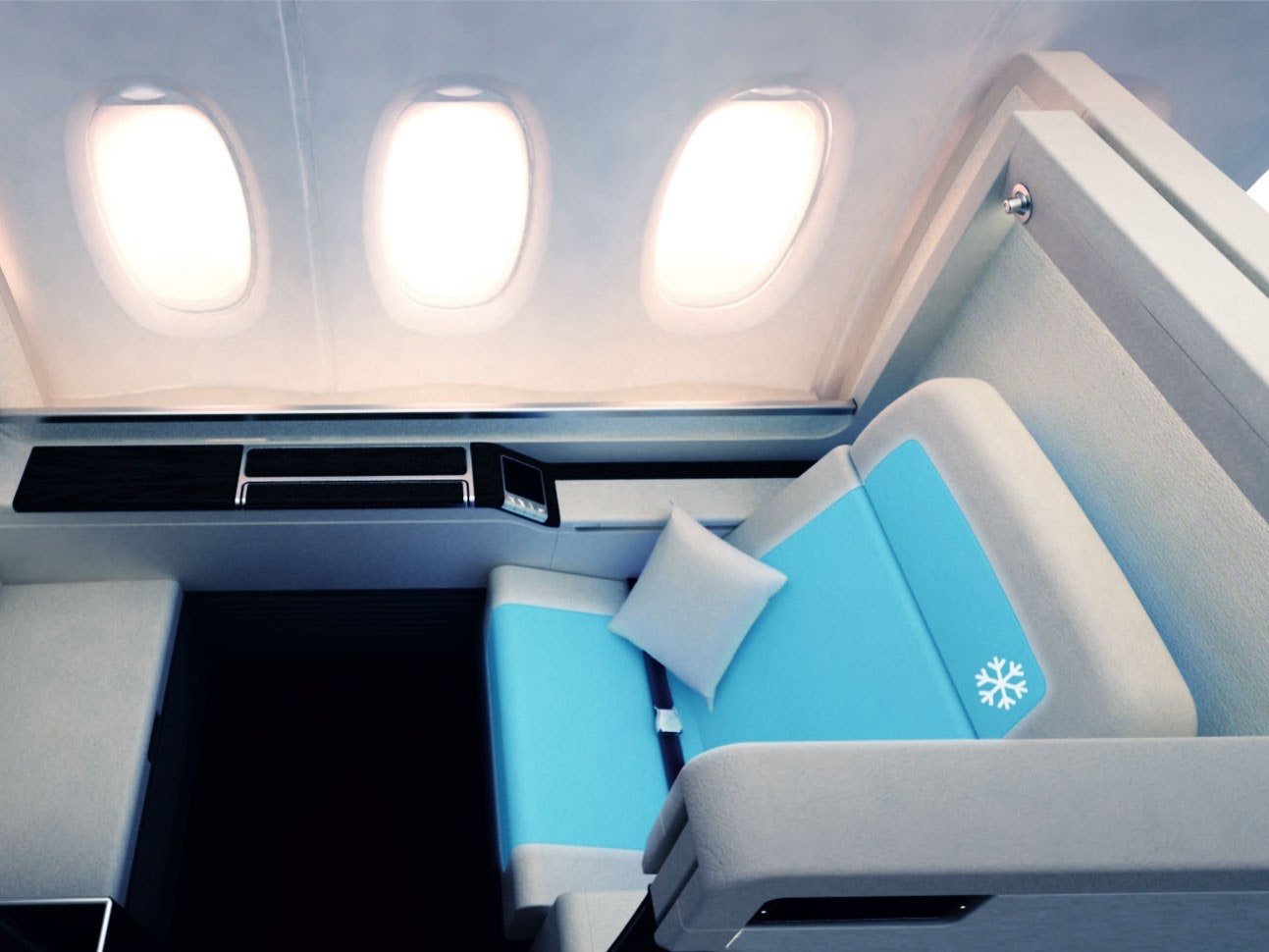 Going to the bathroom on a plane may never be pleasant, but those adorable airlines really are trying. Boeing unveiled a self-cleaning lavatory concept last spring, which uses hands-free technology and UV rays to zap 99.9 percent of the bacteria you leave when you’re done with your business. Just three seconds of light, and the lav is clean enough for the next flyer. Airbus, meanwhile, is developing anti-bacterial surfaces for its WCs, and Diehl Autosystems, the aircraft interiors company, is working to separate its toilets from its handwashing stations, à la European. True luxury!

Premium’s All About You

If you’re going big, go selfish, too. That’s the concept behind a new premium class concept from the aircraft interior specialists at PriestmanGoode. “The concept is all about creating a bespoke environment for the passenger,” the design firm says, which is a little precious—but also intriguing, yeah? Each single, double, or ensuite cabin contains its own particular materials, colors, and finishes, like the hippest of boutique hotels. This lush space is also modular, so an airline can reconfigure its cabins to fit the needs of each flight’s fancy passengers. Futuristic, sure, but the firm says custom greatness is not too far off. “We are already creating tailor made interiors for some of the leading airlines in the world,” says Nigel Goode, the firm’s director. 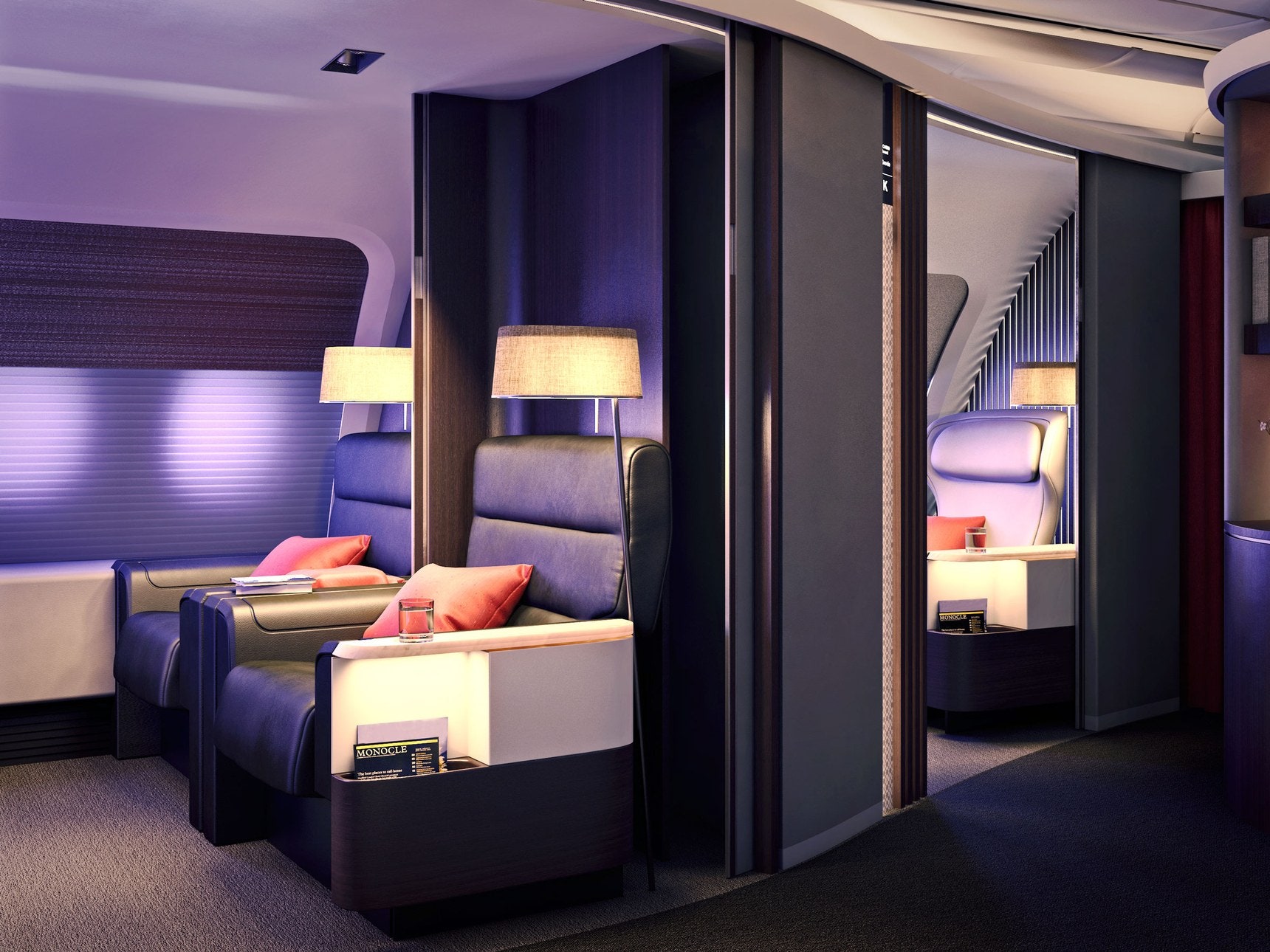 It’s been a bleak 15 years for supersonic air travel, after the 2000 Air France Concorde crashand a non-performing business model left ultra-fast airplanes covered in dust. But Richard Branson’s Virgin Galactic space venture has teamed up with Denver startup Boom Technology to promise a prototype Mach 2.2 airplane in 2017. (That’s twice the speed of most passenger jets and 330 mph faster than the old Concorde, for those playing along at home.) NASA announced last year that it’s working on its own, much quieter supersonic jet. Welcome back, raw power. 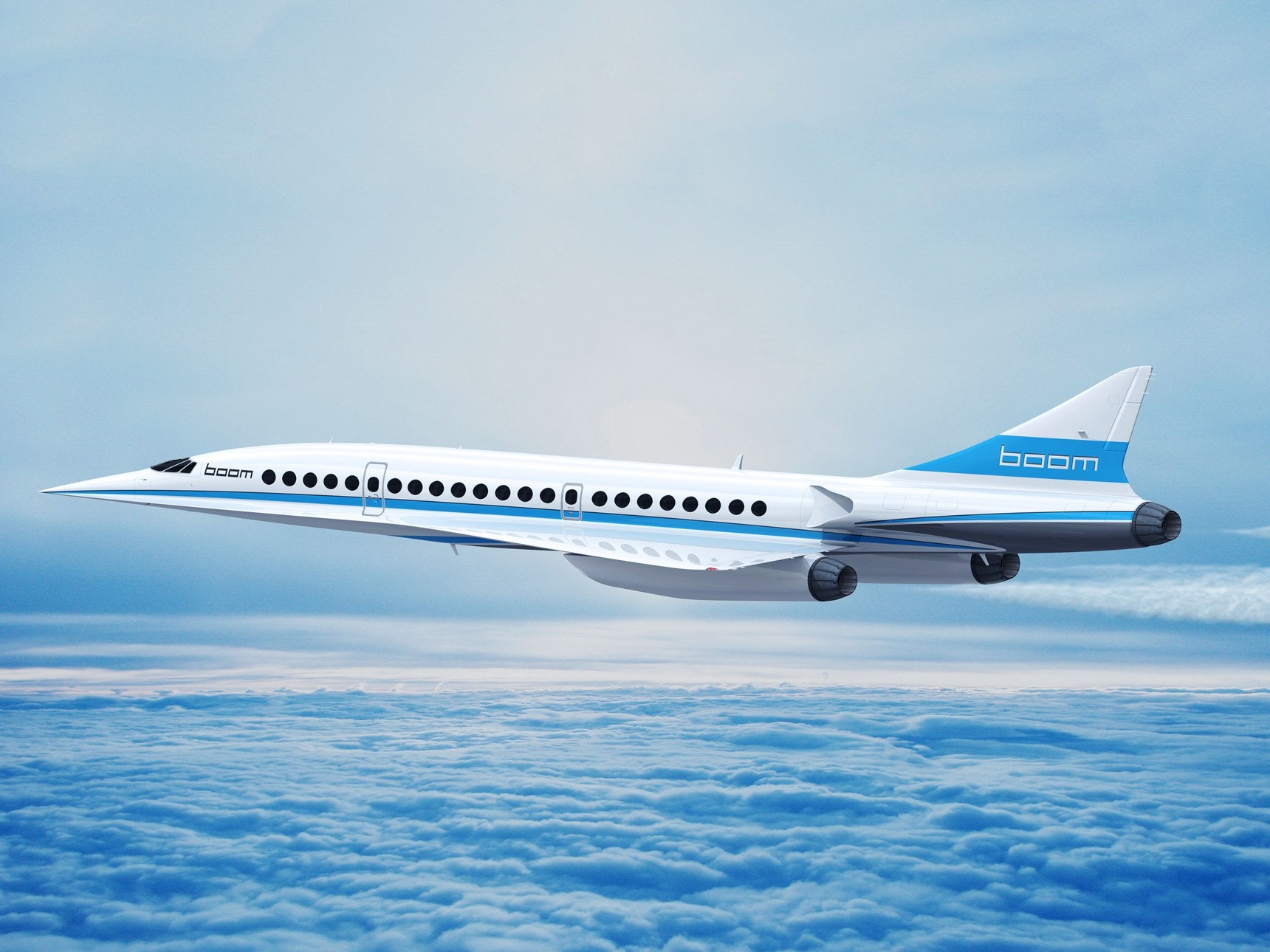 The very smart folks at Northeastern University’s Awareness and Localization of Explosives-Related Threats (ALERT) Center have a plan for your next security check, and it involves…walking. Their millimeter wave scanner concept uses the same tech that scans your bod now, but at speeds of up to 300 people an hour, instead of 100. Ideally, you’ll never have to break your stride, much less dig that errant makeup kit from the bottom of your bag. While we’re waiting for this fancy system, though, expect to see more automated security points like the kind the Transportation Security Administration installed in select airports this fall, which push and organize bins themselves.