A Language Learning Phenomenon — 5 Reasons 1,000,000 People Use This App To Learn Languages 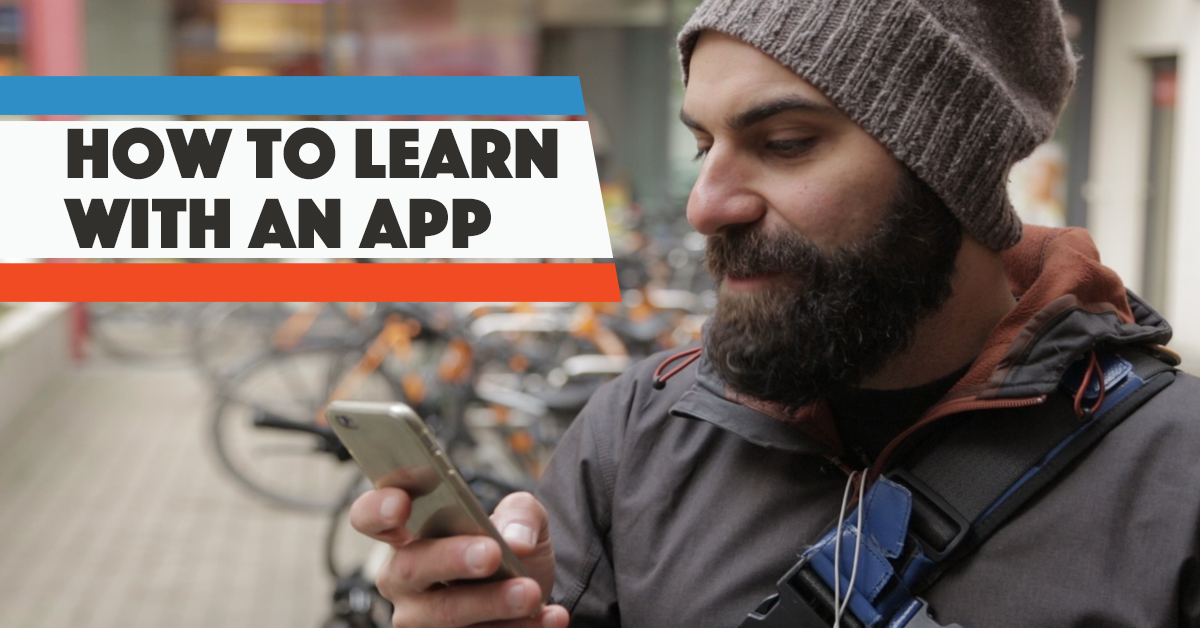 A Language Learning Phenomenon — 5 Reasons 1,000,000 People Use This App To Learn Languages

Over 1,000,000 people have turned to technology to help them learn a language. We investigate why app-based learning is proving to be such a popular method, and what advantages it may hold over more traditional methods. Facebook now has approximately 1.6 billion users, which equates to about one quarter of the world’s population. This number becomes even more astonishing when you consider that 3.3 billion of the world’s 7.2 billion people are connected to the internet — Facebook has registered over half the world’s connected population. The other internet giant, Google, handles around 4 billion search queries a day. Our information age of hyper-connectivity has heralded a new understanding of achievable scale. Every two days we generate the same amount of information as we did from the dawn of civilization until 2003 — five exabytes — and platforms with skittish names and basement origins categorize and index this information, mediate how we interact with one another, and mould the channels through which we access the vast repository of human knowledge.

Companies that operate on the breathtaking scale of Google and Facebook address and satisfy core fundamental human needs; namely, access to information and social interaction. It’s a formula for success: identify or create a need and provide a product or service which fulfills this need. In our networked world, this can be done at a global level: Uber can hail you a car either side of the Atlantic, Airbnb can secure you an apartment in Bombay or Buenos Aires, and Foodora can deliver you a takeaway in Birmingham or Berlin.

What happens, though, when a web company focuses not on need, but on aspiration? Can it also unite thousands of people in a common desire to educate and better themselves?

In 2007, the language experts at Babbel set out to make language learning easy, effective, and accessible to everyone. Fast-forward nine years and the four founders have multiplied into over four-hundred language enthusiasts — among them linguists, teachers, polyglots and content creators — who produce courses for learners of fourteen different foreign languages from seven different native languages, which equates to ninety-eight combinations of individually tailored courses.

So how’s it working out?

The numbers speak for themselves: over 1,000,000 people choose to learn a language with Babbel, and that number continues to grow. But why have the Babbel apps proved so popular? We’ve selected our top five reasons:

From a rabble of budding language enthusiasts working in a loft in the Kreuzberg neighborhood of Berlin, Babbel HQ has since evolved to house a broad range of experts united by the common goal of creating the best language learning tools possible. That may all sound rather, um… lofty, but as I heard Eric Schmidt say just this week, such overt ambition possesses a strong force of attraction. For a company that requires specialists in ninety-eight language combinations, this force of attraction is integral to finding the right people, whether it’s a Spanish linguist who can design a course in Polish, or a graphic designer who can help localize the look and feel across seven languages. This imperative of multilingual, intercultural expertise has endowed the company with a truly unique topography of skills, and an unrivaled potential for innovation within the world of language learning.

2. The Product AND The Service

App-based learning carries a few inherent advantages. It’s convenient: you have your smartphone by your side at all times, fully-charged and ready to guide you through the labyrinth of contemporary life, from the gentle tap of the snooze in the morning to the emoji-peppered goodnight-message you compose for a loved one in the evening.

Furthermore, an online product can be constantly improved and updated, blurring the distinction between product and service. A Babbel learner’s progress is measured, and junctures within courses that prove difficult are optimized in order to ensure information is conveyed as effectively as possible. Yes, all that German grammar may sometimes seem complicated, and yes, some of those French words don’t look anything like they sound, but that’s exactly where Babbel comes in handy: it prides itself on making the complicated simple.

All of the 1,000,000+ learners have their own story, their own reason for endeavoring to learn a language. As Babbel is in frequent contact with them, some truly inspiring tales have emerged. Gianni, for example, is probably our oldest learner at the age of 101. He’s a technophile who has long used Skype to communicate with his daughter in New York, and who likes to practice his new language with his great-granddaughter’s English speaking nanny. Cecilia is also Italian but has lived abroad for many years and speaks multiple languages. She now uses Babbel to learn German with a view to moving to Berlin in the next few years. The Babbelonians themselves are also keen Babbelers, having taken part in numerous challenges to see how much they can learn within a given period of time, whether that be Turkish in seven days, or French in a working week…

The Babbel Magazine was founded two years ago with the aim of promoting entertaining, educational articles, artwork and video on the topics of language and culture. It’s written in six different languages – English, French, German, Spanish, Italian and Portuguese – and is visited on average by over ten million people every month. The editorial team now consists of thirteen people from eight different countries, and you can read about anything from the secret languages of twins to how soccer players in international teams communicate with one another. If this sounds like your cup of tea, then you can easily register with Babbel and receive all the latest updates from our magazine.

Artificial intelligence, virtual reality, augmented reality… Science fiction is rapidly becoming science reality. The education industry has often lagged behind other industries, such as gaming and travel, in adopting and developing new digital technologies. Babbel aims to change this – driving innovation in order to keep education in step and simultaneously addressing the soaring trend toward informal, autodidactic learning that’s been ushered in by the Information Age.