WeWork Debuts in Munich with 2 Locations

WeWork Debuts in Munich with 2 Locations

An article by Munich startup

Munich Startup is the official startup portal for Munich and the region, which was developed by the City of Munich. Co-initiators and cooperation partners are the UnternehmerTUM, the Entrepreneurship Center of the LMU, the Strascheg Center for Entrepreneurship (SCE) and the IHK for Munich and Upper Bavaria. The carrier is the Munich Gewerbehof- und Technologiezentrum GmbH (MGH).

As has been known for some time, the American coworking giant WeWork will open its first location in Munich in July. The company has now announced two more offices in the Bavarian state capital.

On 2 July, the first WeWork building in the former SiemensForum at the Oskar von Miller Ring will open its doors. Although there are still two months to go, the shared-job provider has already announced two more locations in Munich.

This is how the WeWork location on Oskar-von-Miller-Ring looks like (Pictures: WeWork): 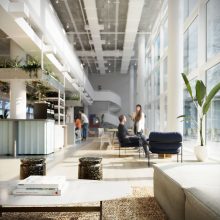 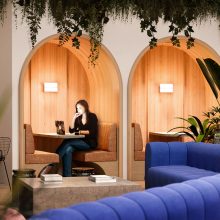 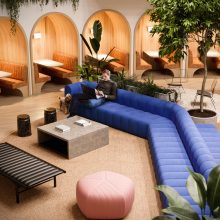 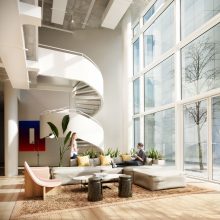 As early as August, WeWork arrives in Munich’s old town. In the Neuturmstraße 5 customers are then jobs available. In addition, the company opens at the end of the year, a house on the Hacker Bridge, in close proximity to the Munich Google branch. More than 3,900 members are expected to work at all three Munich locations.

In addition to Munich, the company is also present in Germany in Berlin, Hamburg and Frankfurt. WeWork Manager Wybo Wijnbergen says:

“Munich is an economic workhorse of Germany with a great innovative power. Above all, the technology network is growing rapidly, but topics such as health and mobility are also being covered by a growing startup scene. The dynamic environment of these new founders, coupled with the density of established brands and companies, opens many exciting opportunities to work together and learn from each other. “

This month WeWork is unveiling two buildings in Munich, making it the first time that the company has launched in a new city with more than one location. WeWork Oskar Von Millerand WeWork 5 Neuturmstrasse join 11 existing locations across Germany, including seven in Berlin, two in Frankfurt, and two in Hamburg.

The Munich locations are among the 22 new WeWork buildings to open in August, including the first in Haifa, Israel, and Monterrey, Mexico. Counting expansions to 10 existing locations, that’s a total of 33 openings around the world this month.

More than half of these buildings will open in cities outside of the United States, emphasizing WeWork’s focus on global expansion.

In July WeWork announced a $500 million Series B investment to power growth in WeWork China. WeWork will expand its presence in China this month with two new buildings in Shanghai and expansions in Shanghai and Hong Kong. There’s one new opening in Japan — the strikingly modern WeWork Iceberg — and one in Singapore.

WeWork will also continue its growth in Latin America. In addition to Monterrey’s WeWork Blvd. Antonio L. Rodriguez 1888, located in the business capital of northeastern Mexico, there are two new locations in Sao Paulo and one in Bogota. An existing location in Sao Paulo will also expand in August.

A total of 12 locations will open in the U.S., eight of them completely new. Among these is L.A.’s WeWork Culver City, situated in the center of the film industry across the street from Sony Studios. Culver City will be WeWork’s 15th location in Los Angeles and its 30th location in California, including 13 in San Francisco and two in San Diego. Other new buildings opening in the U.S. include Denver, New York, and Boston.